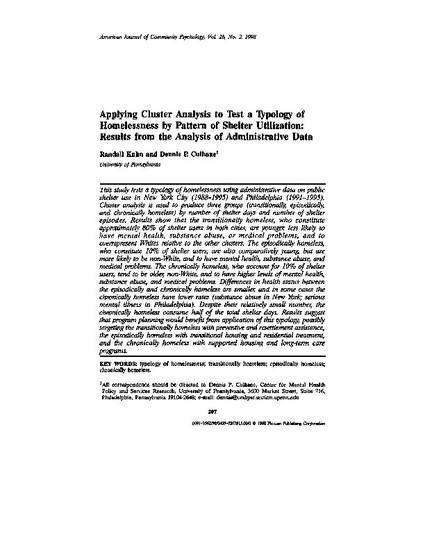 The author, Dr. Dennis P. Culhane, asserts his right to include this material in ScholarlyCommons@Penn.