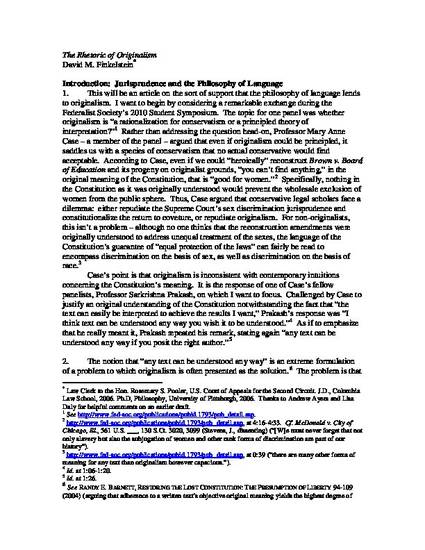 Justice Stevens has recently observed that originalism "holds out objectivity and restraint as its cardinal and, it seems, only virtues." McDonald v. City of Chicago, Ill., 130 S.Ct. 3020, 3118 (2010) (Stevens, J., dissenting). This article critically examines the notion that non-originalist methods of interpretation invite subjectivity into the process and are therefore insufficient to constrain. I suggest that the originalist's dissatisfaction with ordinary methods of interpretation rests of bad philosophy of language, and that properly thought through, Wittgenstein's rule-following considerations point to a better way of thinking about meaning in general, and legal interpretation in particular.