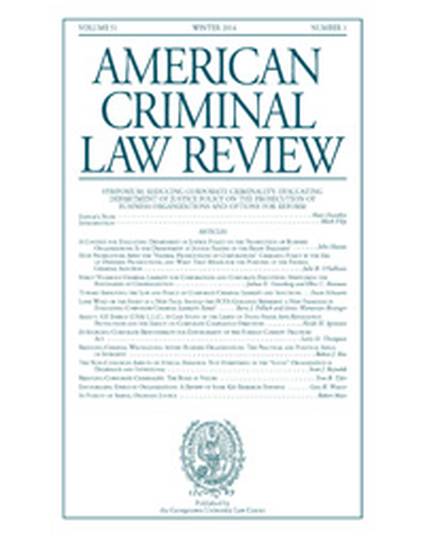 In the companion cases of Lafler v. Cooper and Missouri v. Frye the U.S. Supreme Court held that there is a right to effective assistance of counsel during plea bargaining. However, the Court defined effective assistance of counsel in only one narrow phase of plea bargaining: the client counseling phase. The Court said it would not look more broadly at the negotiation process itself as "[b]argaining is, by its nature, defined to a substantial degree by personal style.” This statement indicates that the Court does not fully understanding developments in the field of negotiation over the last thirty years. Negotiation scholars and practitioners have moved far beyond defining bargaining simply by “personal style” and instead view negotiation as a skill that can be taught, analyzed, and that already has established basic standards for competency.

Negotiation scholars recognize that there are a variety of phases in every negotiation which would include plea bargaining. For example, there is the preparation phase which can include the first client interview, investigating the case, gathering information, doing legal research, and preparing the client for either involvement in the negotiation, or for what the possible options are as outcomes from the negotiation. The next phase is the negotiation phase which can have multiple parts and may start and conclude on different days. Lawyers who fail to properly prepare for the negotiation may also fail to competently negotiate. The final stage of plea bargaining is counseling the client regarding whether to accept the offer. This is the one phase of plea bargaining that the Supreme Court has started to define.