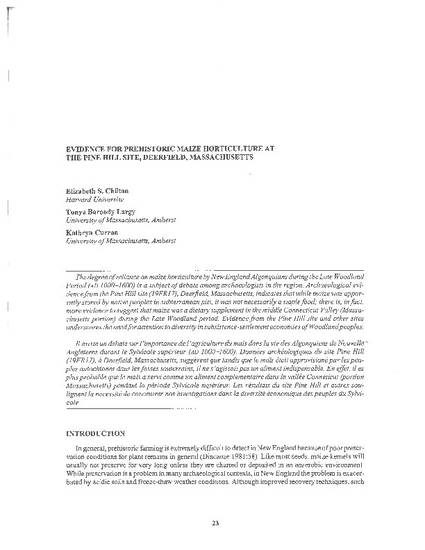 The degree of reliance on maize horticulture by New England Algonquians during the Late Woodland Period (ad 1000–1600) is a subject of debate among archaeologists in the region. Archaeological evidence from the Pine Hill site (19FR17), Deerfield, Massachusetts, indicates that while maize was apparently stored by native peoples in subterranean pits, it was not necessarily a staple food; there is, in fact, more evidence to suggest that maize was a dietary supplement in the middle Connecticut Valley (Massachusetts portion) during the Late Woodland period. Evidence from the Pine Hill site and other sites underscores the need for attention to diversity in subsistence-settlement economies of Woodland peoples.