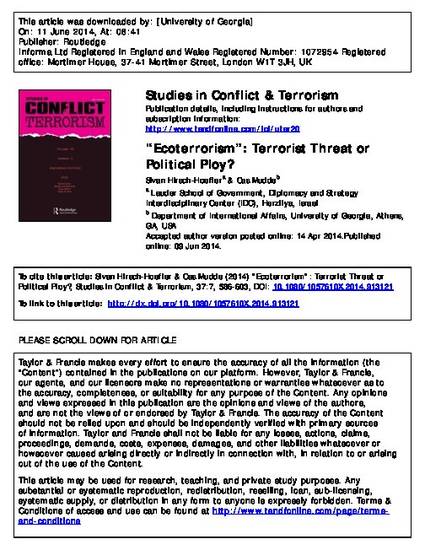 This article examines the phenomenon of “ecoterrorism” from a conceptual and empirical perspective. We explore the political and academic debates over the meaning and use of the term ecoterrorism, and assess the validity of the concept of “ecoterrorism” and of the alleged threat of the Radical Environmentalist and Animal Rights (REAR) movement by analyzing the characteristics of both the movement and its actions. Our analysis shows that the term ecoterrorism should only be used for a small proportion of the actions of REAR movement. Consequently, counterterrorist measures should only target these terrorist minorities, rather than all groups and the broader movement.