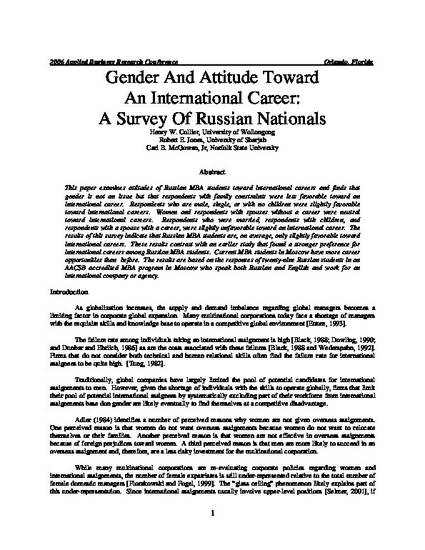 This article was originally published as Collier, HW, Jones, R and McGowan, CB, Gender and attitude toward an international career: a survey of Russian nationals, Proceedings of the Federation of Business Disciplines Conference, 2-6 January 2006.