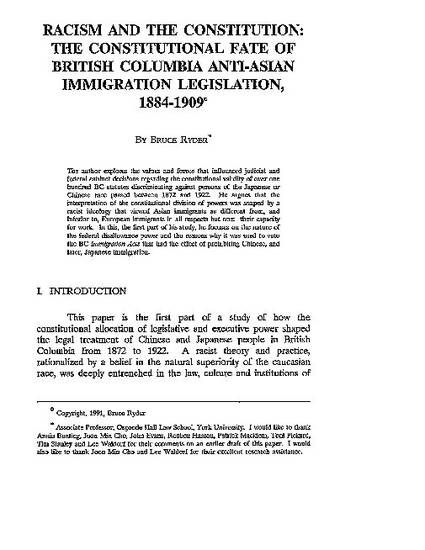 The author explores the values and forces that influenced judicial and federal cabinet decisions regarding the constitutional validity of over one hundred BC statutes discriminating against persons of the Japanese or Chinese race passed between 1872 and 1922. He argues that the interpretation of the constitutional division of powers was shaped by a racist ideology that viewed Asian immigrants as different from, and inferior to, European immigrants in all respects but one: their capacity for work. In this, the first part of his study, he focuses on the nature of the federal disallowance power and the reasons why it was used to veto the BC Immigration Acts that had the effect of prohibiting Chinese, and later, Japanese immigration.