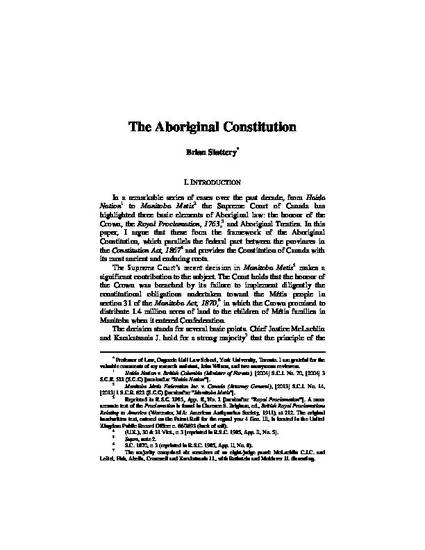 In Manitoba Metis Federation, the Supreme Court of Canada makes a valuable contribution to our understanding of Aboriginal law, building on the foundations laid down in the Haida Nation case. It identifies three major pillars of the subject: The honour of the Crown, the Royal Proclamation of 1763 and Aboriginal Treaties. These three, taken together, make up the framework of the Aboriginal Constitution, which parallels the Federal Pact between the Provinces and provides the Constitution of Canada with its most ancient roots.