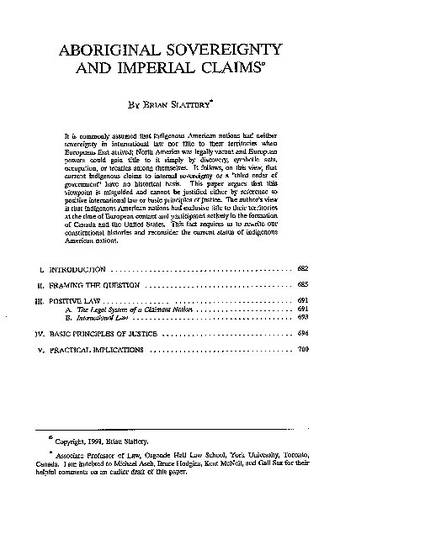 It is commonly assumed that Indigenous American nations had neither sovereignty in international law nor title to their territories when Europeans first arrived; North America was legally vacant and European powers could gain title to it simply by discovery, symbolic acts, occupation, or treaties among themselves. It follows, on this view, that current Indigenous claims to internal sovereignty or a "third order of government" have no historical basis. This paper argues that this viewpoint is misguided and cannot be justified either by reference to positive international law or basic principles of justice. The author's view is that Indigenous American nations had exclusive title to their territories at the time of European contact and participated actively in the formation of Canada and the United States. This fact requires us to rewrite our constitutional histories and reconsider the current status of Indigenous American nations.