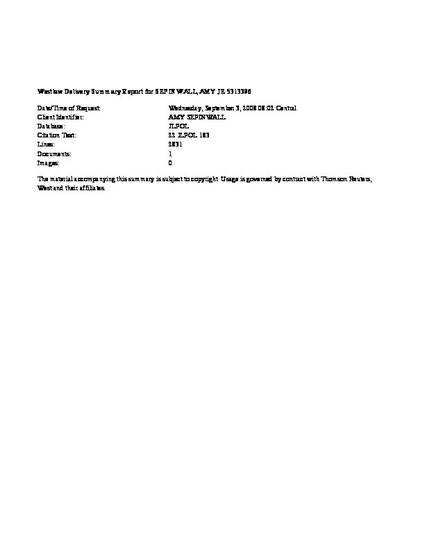 Article
Responsibility for Historical Injustices: Reconceiving the Case for Reparations
Journal of Law and Politics (2006)
Download Find in your library
Abstract

Neither account adequately captures contemporary citizens' relationship to the nation's past injustices. Individualist theories are implausible to the extent that they fail to acknowledge that individuals' acts and attitudes can combine to form genuinely collective harms. Existing collectivist theories are justifiable only to the extent that they are applied to contemporary harms. What is needed is an account of responsibility that extends to collective, historical injustices like slavery, and that is just what the Article undertakes to provide.

The Article first exposes the deficiencies in both individualist and collectivist accounts of responsibility. The Article then offers a novel theory of responsibility, which draws upon the notion of group agency, and explains why it is that contemporary citizens may legitimately be called upon to offer repair. Finally, the Article critiques reparationists' understanding of the harm to be redressed, and argues that reparations are owed not for slavery, Jim Crow or segregation, but instead for the nation's persistent indifference to the cries of Blacks for justice.