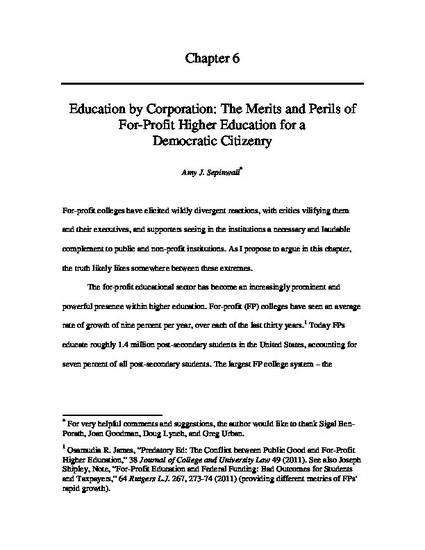 Contribution to Book
Education by Corporation: The Merits and Perils of For-Profit Higher Education for a Democratic Citizenry
Corporations and Citizenship (2013)
Download
Abstract

For-profit colleges have elicited wildly divergent reactions, with critics vilifying them and their executives, and supporters seeing in the institutions a necessary and laudable complement to public and non-profit institutions. As I propose to argue in this chapter, the truth likely likes somewhere between these extremes.