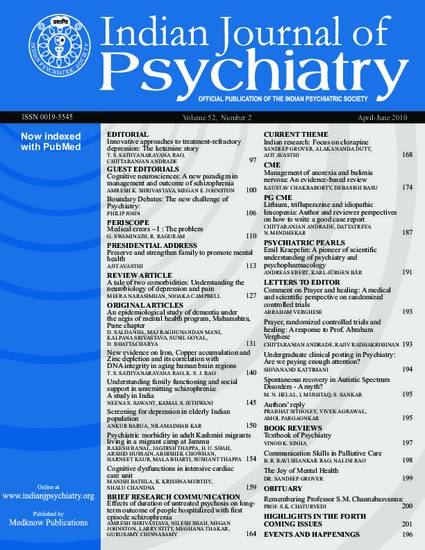 Duration of untreated psychosis (DUP) has emerged as a reliable predictor of outcome but continues to remain under scientific scrutiny. The present study examines the effect of differential periods of DUP on long-term outcome of first episode schizophrenia at Mumbai, India. This research was a prospective, 10-year follow-up naturalistic study. Hospitalized patients of first episode schizophrenia were selected and followed up. Results showed that the mean DUP was higher for a group which showed clinical recovery on Clinical Global Impression Scale [14.0 months (SD=8.0) in recovered and 10.8 months (SD=5.7) in non-recovered group (P=0.091)]. DUP was not found to be significantly associated with any of the end point parameters of good clinical or social outcome. Thus, this study found that DUP alone does not determine outcome status confirming the role of psychopathological heterogeneity.