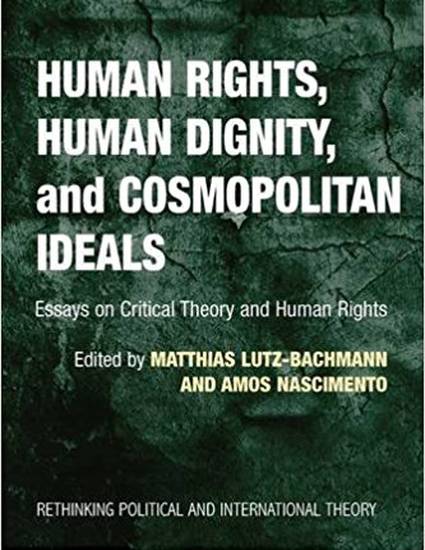 This book makes a significant contribution to the on-going international dialogue on the meaning of concepts such as human rights, humanity, and cosmopolitanism. The authors propose a new agenda for research into a Critical Theory of Human Rights. Each chapter pursues three goals: to reconstruct modern philosophical theories that have contributed to our views on human rights; to highlight the importance of humanity and human dignity as a complementary dimension to liberal rights; and, finally, to integrate these issues more directly in contemporary discussions about cosmopolitanism. The authors not only present multicultural perspectives on how to rethink political and international theory in terms of the normativity of human rights, but also promote an international dialogue on the prospects for a critical theory of human rights discourses in the 21st century.