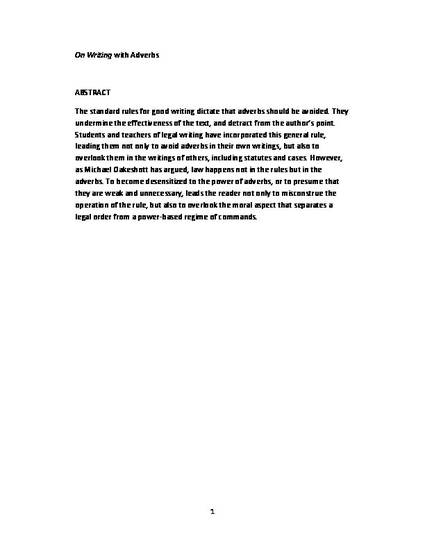 The standard rules for good writing dictate that adverbs should be avoided. They undermine the effectiveness of the text, and detract from the author’s point. Students and teachers of legal writing have incorporated this general rule, leading them not only to avoid adverbs in their own writings, but also to overlook them in the writings of others, including statutes and cases. However, as Michael Oakeshott has argued, law happens not in the rules but in the adverbs. To become desensitized to the power of adverbs, or to presume that they are weak and unnecessary, leads the reader not only to misconstrue the operation of the rule, but also to overlook the moral aspect that separates a legal order from a power-based regime of commands.