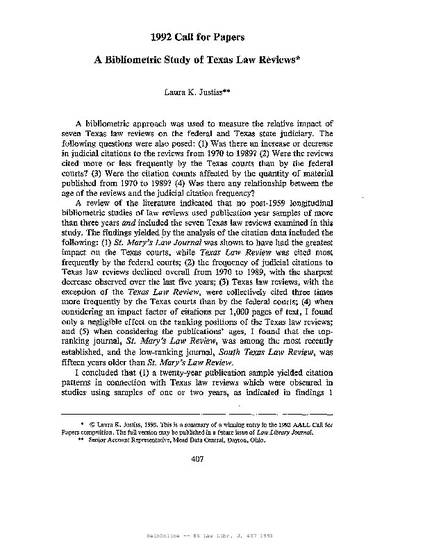 A bibliometric approach was used to measure the relative impact of seven Texas law reviews on the federal and Texas state judiciary. The following questions were also posed: (1) Was there an increase or decrease in judicial citations to the reviews from 1970 to 1989? (2) Were the reviews cited more or less frequently by the Texas courts than by the federal courts? (3) Were the citation counts affected by the quantity of material published from 1970 to 1989? (4) Was there any relationship between the age of the reviews and the judicial citation frequency?